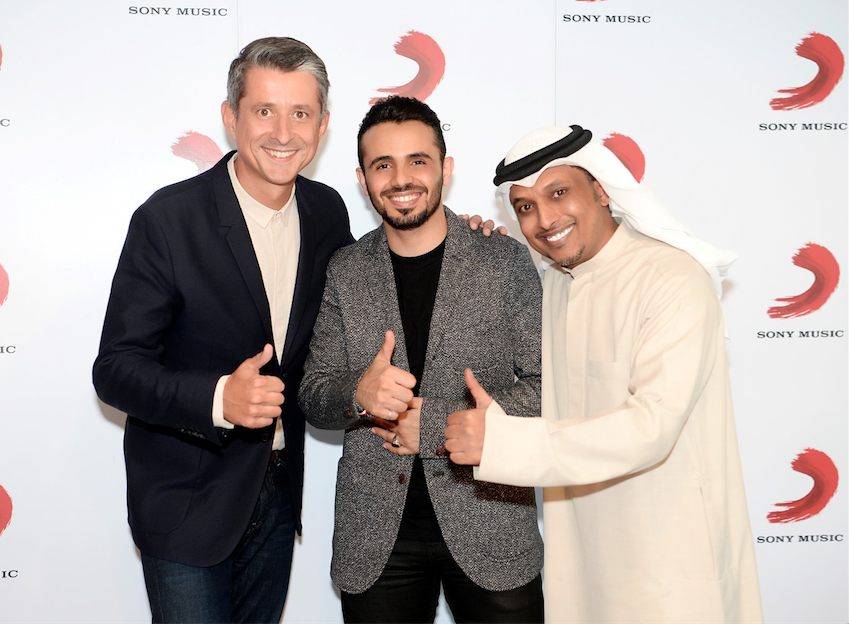 Ammar is an accomplished 29-year-old singer with a youthful, contemporary spin on Khaleeji music who captivated the hearts and minds of the region during his time on Arab Idol Season 4 where he made the famous ‘final 2’.

With a strong stage presence, flawless vocals and magnetic charm, Ammar is destined to be one of the GCC’s biggest and most sought-after artists.

Sony Music Middle Entertainment Middle East beat a host of other labels to his signature, and will be representing and promoting Ammar in the Middle East and worldwide.

Speaking on the Ammar signing, Mike Fairburn, General Manager of Sony Music Middle East commented: “We are humbled and honored that Ammar has decided to join the Sony family. Working with him and his team has been a blessing. The album is a brilliant body of work and we are so excited to introduce his new music to the region and world.”

Commenting on the signing with the record label, Ammar said “I am extremely delighted to sign with a company with such great history and fantastic international repertoire and domestic artists, I’ve worked so hard on myself, my music and now I am ready to share my talent with the rest of the world. I know that Sony is the right outlet to take me to regional heights and we hope together internationally also.”

With his debut single planned end of February and an album to follow in March, it plans to be a prolific year for the rising superstar.